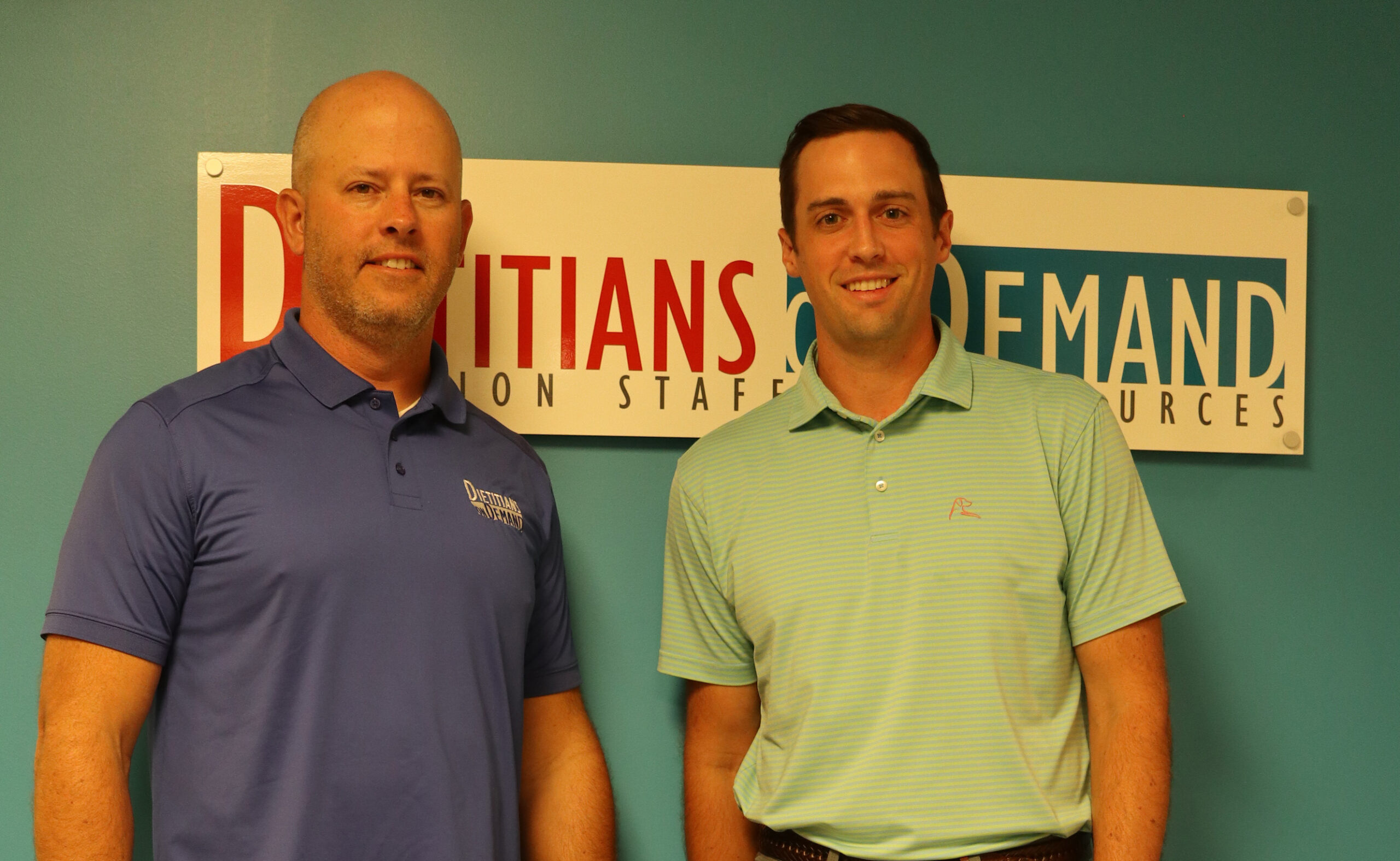 Note: This story has been updated to clarify that the direct-to-consumer service is provided to clients virtually.

A Henrico-based company that provides medical organizations with on-demand dietitians is now offering them to individual clients as well.

At the start of June, Dietitians On Demand held a quiet launch for the new direct-to-consumer service, in which dietitians meet virtually with clients and guide them through dietary and nutritional needs. The service is intended as an alternative to searching the web about personal health.

The company, at 7814 Carousel Lane, employs four full-time dietitians specifically for the service and is planning to hire up to 12 more.

“People at home don’t necessarily have the time to sort through what’s fact and what’s fiction (online),” Taylor said. “Dietitians can cut through that noise.”

The virtual sessions are booked through the company’s website. The first appointment is priced at $150, with the client able to continue the service by purchasing a package for several hundred dollars. Specific pricing varies depending on the package.

Taylor, 32, compared the setup to that of a personal trainer, working one-on-one with the individual.

Founded 17 years ago by Alicia Davis, Dieticians On Demand is led by CEO Ryan Davis, Alicia’s husband, who describes the role of a dietitian as oftentimes misunderstood or oversimplified. He argues that clinical dietitians can make a considerable difference for those going through radical health changes, such as chemotherapy or a diabetes diagnosis.

Alicia founded the company after observing that consulting dietitians earned more than she made in a part-time role at a local hospital. Joining the consulting sphere herself, she began gaining more work than she could handle and realized that hospitals faced a dietitian shortage. 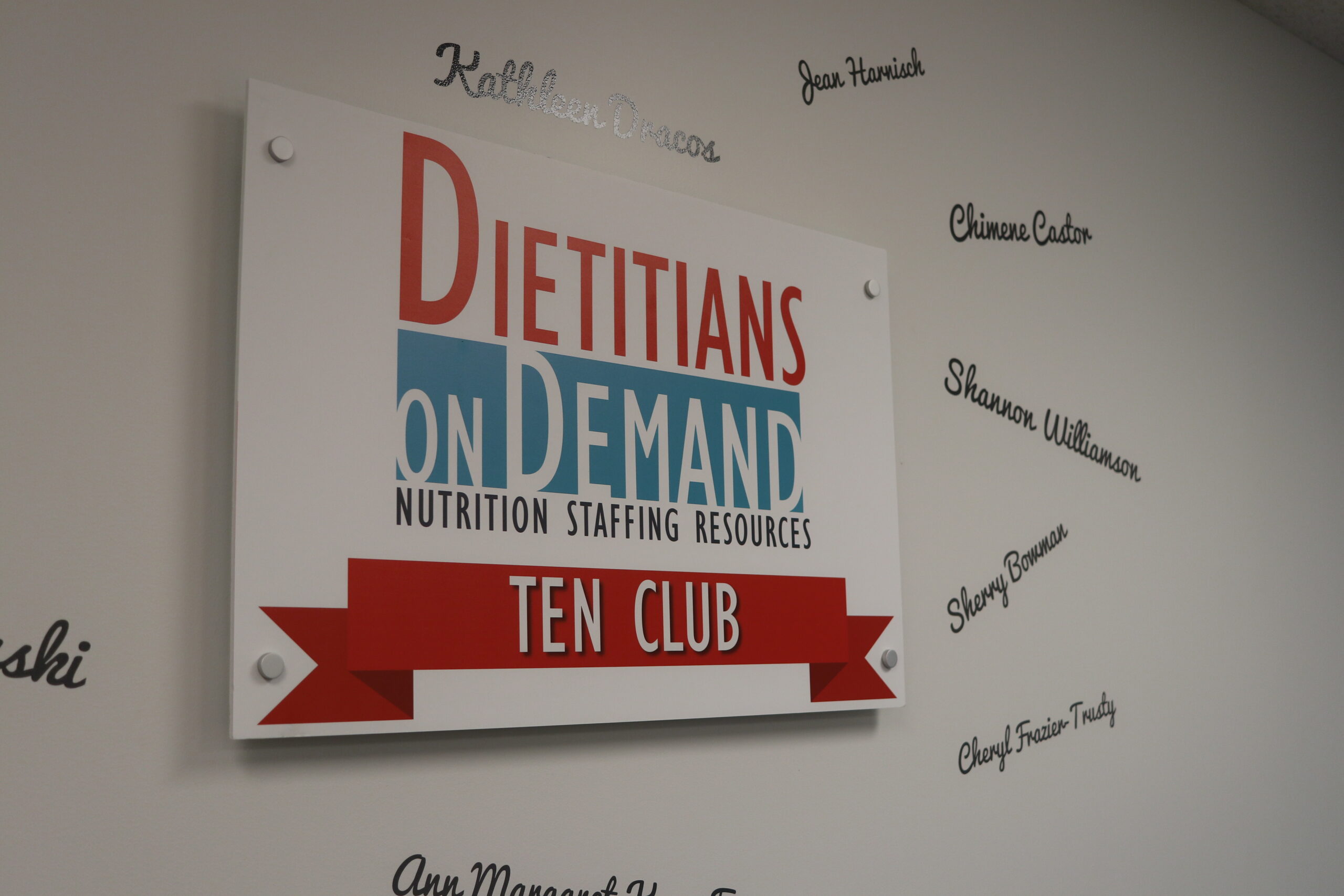 Dietitians who have worked with the company for at least 10 years get put on a special wall in the office.

The couple saw the issue as an opportunity and began matching organizations such as hospitals and maternity wards with dietitians on the lookout for a position. With no outside investment, the company was established in 2005 and became a national enterprise in 2013, acquiring licensure agreements in other states.

Davis estimates that the firm placed 600 dietitians last year, ranging from practitioners who have stayed on with the company for over a decade to others who use the service occasionally.

Operating in a majority of the US, the company gives assignments that can require a dietitian to travel across the country, making the firm especially favorable for young dietitians and retirees, Taylor said. To allow for this, the company must meet each state’s license agreements.

“State licensure is continuously the biggest hurdle that (competitors) will run into,” Taylor said.

Describing the alternative as a matter of putting the dietitian’s license at risk, Davis added, “We see people ignoring it because they’re saying, ‘Well, it’s telehealth.’”

The company’s new focus on at-home care came as COVID-19 altered the medical landscape. Between March and September of 2020, the company saw a significant drop in revenue, which Davis attributed to the suspension of elective procedures.

But he found that many full-time dietitians were gravitating toward his company, looking for a change from hospital life.

“We have Instagram influencers in the dietitian space who worked for us and shared their stories about traveling the country,” Davis said. “They like being associated with a company that is dietician-founded, dietitian-focused and is really there to advocate for their profession.”

The company is on pace for 55 percent growth this year, he said. 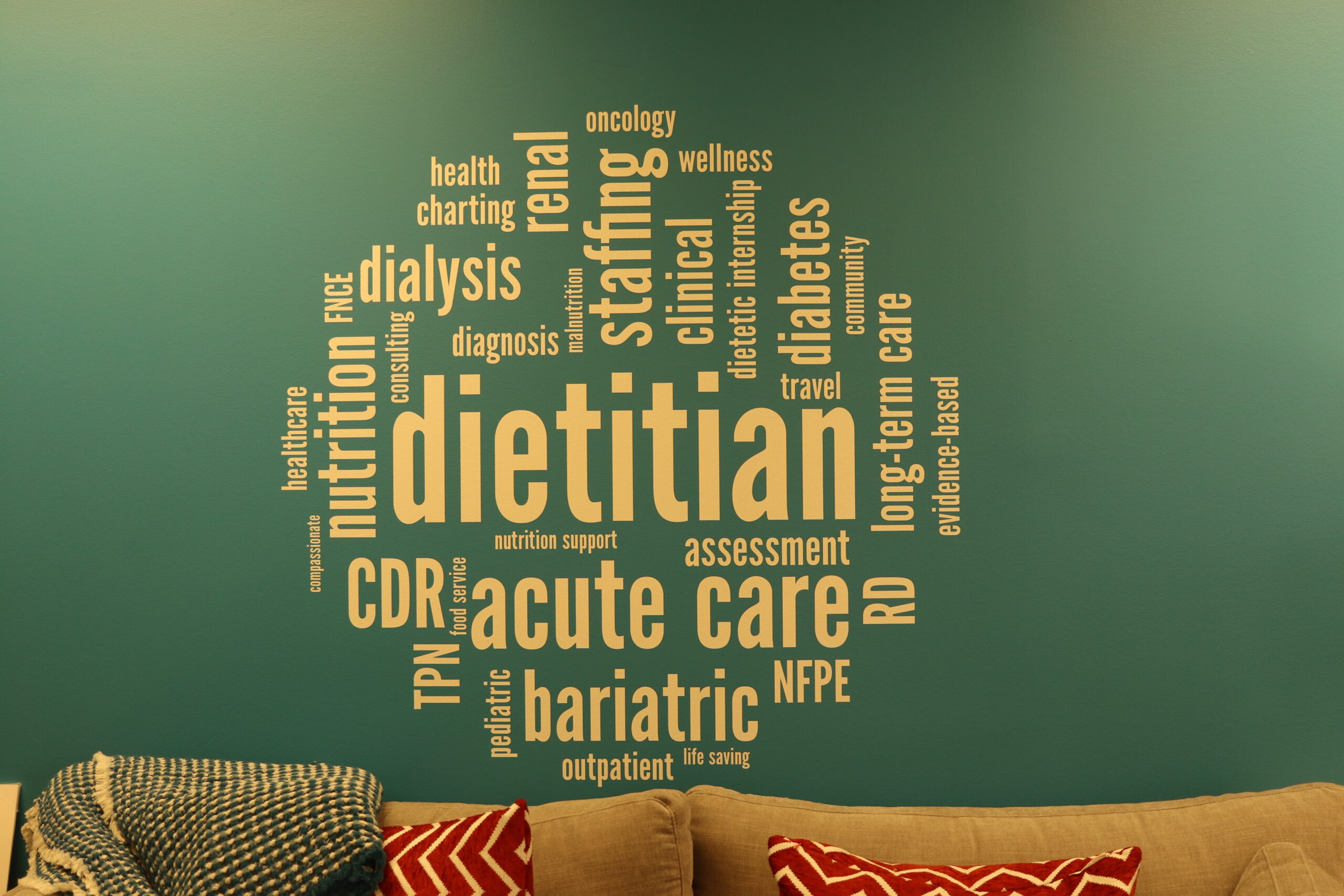 Clinical dietitians ensure that patients going through treatment or suffering from a health condition get the nutrients they need.

Apart from the expanded career opportunities it offers, the new focus on private care was also incentivized by what Davis described as an increasing limitation of patient care at medical institutions. According to Davis, COVID-19 motivated hospitals to lessen spending.

“Unfortunately, a lot of outpatient services are what is being cut,” he said, describing a frequent practice of releasing patients with informational sheets instead of hands-on help. Also, nutrition services have a limited amount of coverage under insurance such as Medicare, he added.

“We’re hoping (Dietitians on Demand) can be a resource for people who have been newly diagnosed,” Davis said.

Prior to the direct-to-consumer approach, Davis said, Dietitians on Demand never had to deal with insurance from a staffing perspective. Despite a time-consuming application process, he sees the company’s embrace of insurance matters as a value proposition for dietitians: hires can completely focus on helping clients without having to deal with the financial and bureaucratic aspects of the profession, compared with those who run their own practice.

The company also provides educational and informational material for dietitians, who are required to receive 75 hours of education credits in a five-year timeframe to maintain their certification. As an accredited provider, Dietitians on Demand produces educational resources for dietitians to become recertified and remain informed about the industry.

Though he noted a growing demand for dietitians, Davis said staffing shortages could continue as the process for becoming a dietitian gets more challenging. Originally, up-and-coming practitioners were required to have a bachelor’s degree and a one-year internship. They now cannot proceed without a master’s degree and face a limited number of internship opportunities, Davis has found.

Davis said he’s been encouraged to expand the networking services of the company to other medical occupations, such as nursing, but he said the plan is to keep the company focused on dietitians.

Looking to the future, Davis said he envisions Dietitians On Demand as moving further into prevention efforts and encouraging healthier lifestyles.

Added Taylor: “I would like to see people talk about nutrition and its impact on overall health in the same earnestness as we do about mental health. It impacts everything.”